John Karl Scholz began serving as provost in August 2019 after six years as the dean of the College of Letters & Science at UW–Madison. Scholz is also the Nellie June Gray Professor of Economic Policy in the Department of Economics, which he joined in 1988.

From 1997-98, Scholz was the deputy assistant secretary for tax analysis at the U.S. Treasury Department, and from 1990-91 he was a senior staff economist at the Council of Economic Advisors. Scholz directed the Institute for Research on Poverty at UW–Madison from 2000-2004.

The provost and vice chancellor for academic affairs at the University of Wisconsin–Madison, is the deputy to the chancellor in the overall academic leadership and administrative management of the university. The provost acts as the chief executive officer of the institution in the chancellor’s absence.

Primary responsibilities of the position include oversight of all academic program and budget planning involving 13 schools and colleges; faculty and staff development, and personnel matters; as well as, oversight of the following areas: enrollment management, including undergraduate recruitment and admissions, student financial aid, and registrar; teaching and learning; diversity and inclusion; outreach, extension and public media; information technology (in collaboration with the vice chancellor for finance and administration); libraries; and international affairs.

The provost also oversees a number of specific units and programs including Academic Planning and Institutional Research, the Office of Strategic Consulting, the Ombuds Office, the Chazen Museum of Art, the Division of the Arts, the Global Health Initiative, the Office of Sustainability (in collaboration with the vice chancellor for finance and administration), the Wisconsin Idea Seminar, the UW Press and academic administrative searches.

Major initiatives of the Office of the Provost include the establishment of the Center for Teaching, Learning and Mentoring, faculty recruitment (TOP hiring) and retention, including continued effort to ensure competitive salaries, campus climate surveys, support for Diversity, Equity and Inclusion efforts, an increase in the number of online bachelors’ degree completion programs to meet workforce needs, and continuing efforts to increase need-based scholarship aid and assistance for first-generation students (Badger Promise and Bucky’s Tuition Promise). 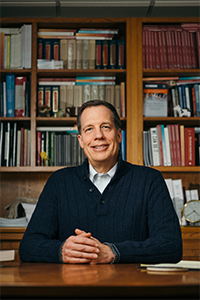